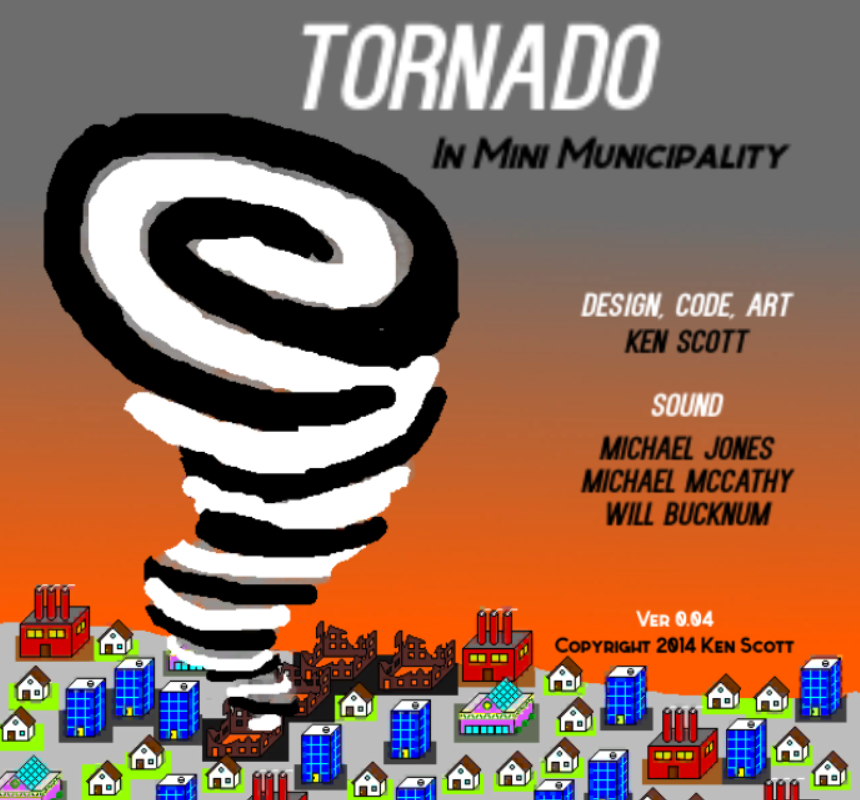 “Tornado Warning in Mini Municipality” was a game jam project made for the Epic Oregon Game Jam in April 2014. I was the sole developer, doing all the design, art and code, creating the game from concept to prototype in 48 hours.

The theme for the Epic Oregon Game Jam was a game that could be released on mobile and be successful. To this end, I envisioned a match-3-esque puzzle game about the most cathartic aspect of every city builder, unleashing natural disasters. The goal was to draw a path for the tornado over buildings, with point bonuses for buildings of the same type and compete to destroy the city before the buildings could be rebuilt. 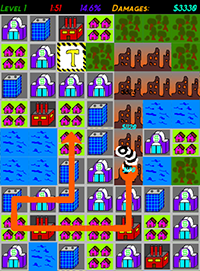 While there was definitely fun to be had, it didn’t quite come together. I’ve come back to this project several times over the years to tweak  the concept and isolate the fun. Granting a speed boosts so the tornado could more easily catch up with you as you draw the path added a frantic desperation that I hope to build upon. Still a long way from anything releasable, especially with its “programmer art” aesthetic, but it is fun to tinker with.

I am a programmer with a decade of experience in the software and video game industries and several shipped projects under my belt. My background is in C/C++, but I learn and adapt quickly to new environments.